An orthodontic practice located in Greater Indianapolis, Indiana is seeking a full-time associate to join their amazing team.

Indianapolis is in the middle of it all - the “Crossroads of America” sits at the junction of four major interstates and is within a 12-hour drive of nearly 75% of the nation’s population. The I-465 beltway that encompasses the city serves as a major thoroughfare for commercial and recreational travel. The Indianapolis International Airport is located seven miles southwest of downtown and is considered one of the best airports in the world.

One of the biggest reasons individuals call Indy home is due to its affordability compared to other cities of its size. According to SmartAsset, Indianapolis is one of the most affordable large cities in the country. In fact, some of Indy’s suburbs are even more affordable.

Indianapolis is a very family-friendly city and its suburbs regularly make “best of” lists. Carmel, Fishers, and Zionsville among a few great areas for families and young professionals alike. Carmel, just north of Indianapolis, ranked fourth on the 10 Best Cities to Raise a Family thanks to its top-rated schools and extremely safe and picturesque neighborhoods. Additionally, it consistently ranks as one of the country’s Top 10 Safest Cities to Raise a Family, with violent crime levels three times lower than the national average. Fishers, one of the most highly desirable suburbs of Indianapolis, has continuously ranked among Money Magazine’s Top 10 Best Places to Live in the US. Family-friendly activities and programs are abundant here as well.

MoneyGeek named Indianapolis one of the Top 10 US Cities for Job Seekers in 2021. Indiana leads manufacturing job growth in the US, and the area boasts the nation’s second-largest manufacturing industry sector by overall production and gross domestic product. It’s the nation’s second-biggest exporter in the life sciences with the second highest concentration of biopharmaceutical jobs in the country. Fortune 500 companies in the region include global pharmaceutical company Eli Lilly, Anthem health care, and diesel engine manufacturer, Cummins. 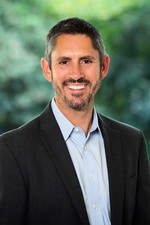